Bollywood actress Amy Jackson is expecting her first child with fiance George Panayiotou. The actress is currently enjoying her pregnancy phase to the fullest and often shares her picture flaunting her baby bump.

The actress who is in her final trimester has recently shared a few pool pictures and looks blissfully happy with her fiancé George Panayiotou.

In the pictures, the actress can be seen flaunting her baby bump in a bikini. 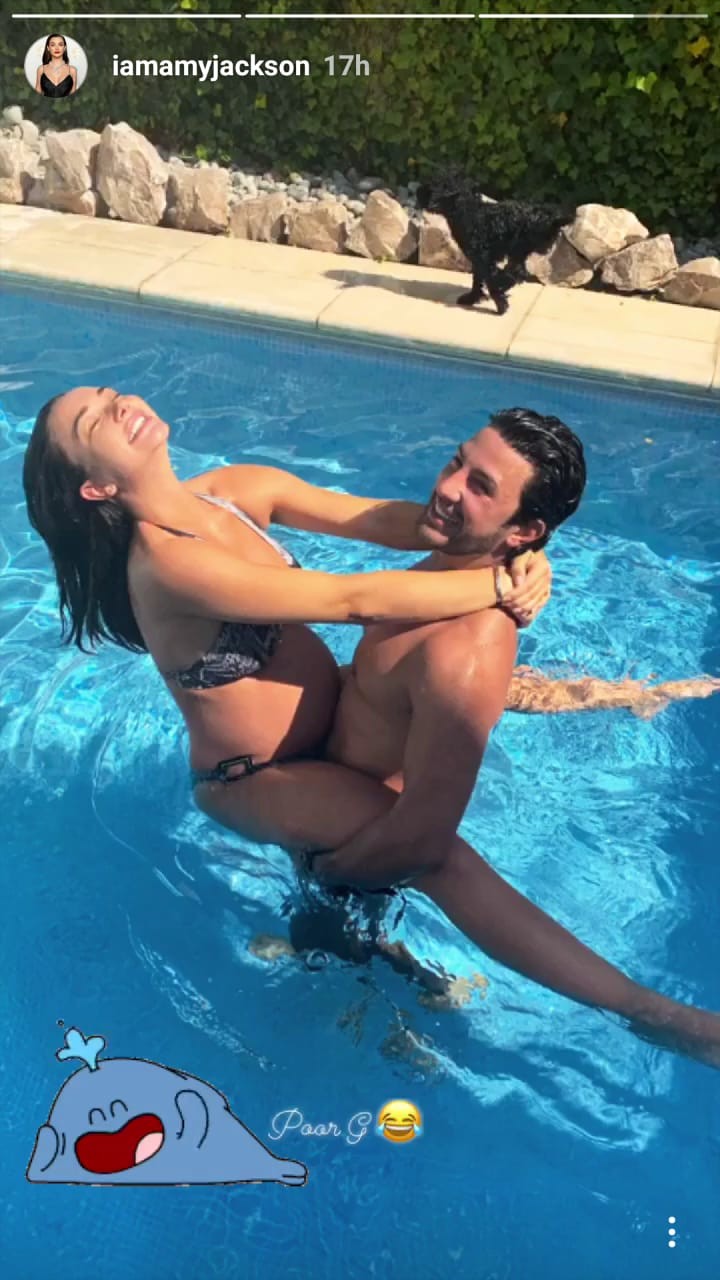 Amy Jackson chills in the pool with fiance George 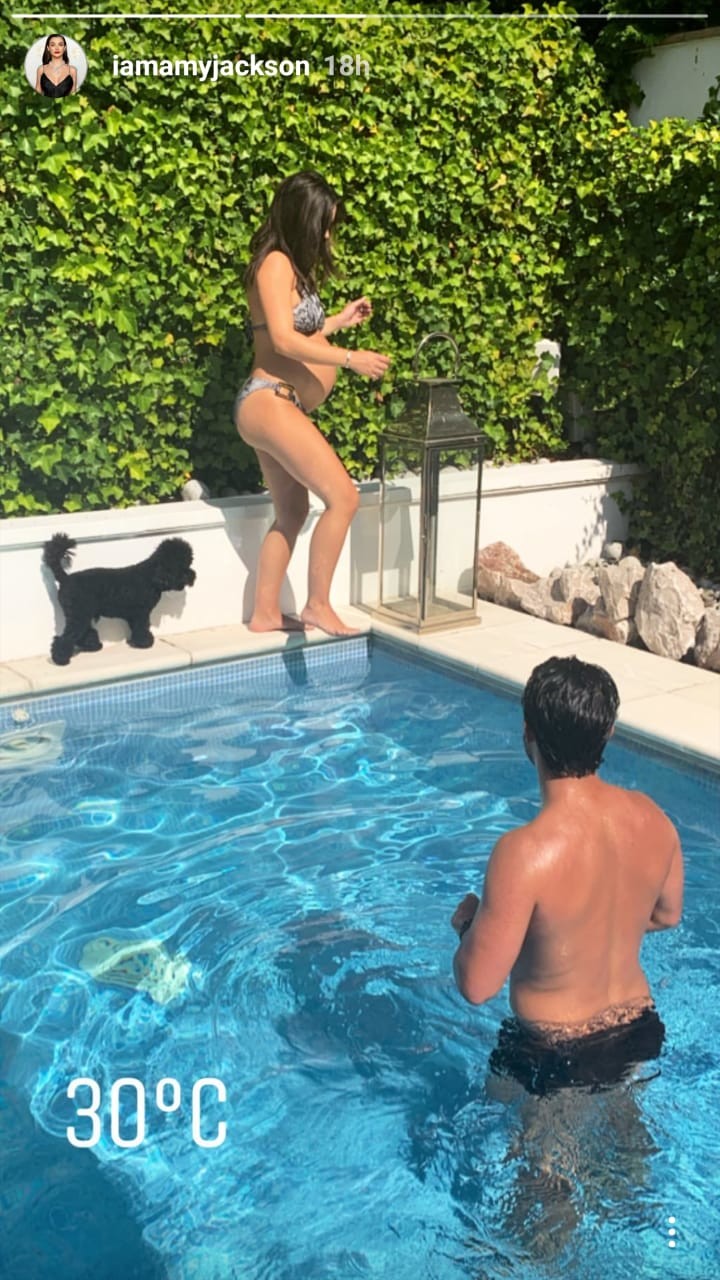 Amy and George Panayiotou got officially engaged on May 5. The couple celebrated their engagement with a party in London. Speculations are rife that the couple will take their relationship to the next level and get married soon.

Amy and George met through a common friend in 2015 in London and the two instantly clicked. The duo have been dating for quite some time now. George is the son of real estate tycoon Andreas Panayiotou.

On the work front, Amy Jackson made her Bollywood debut with ‘Ek Deewana Tha’ opposite Prateik Babbar. She has been part of Hindi movies like ‘Singh Is Bling’ and ‘Freaky Ali’. She was last seen in Akshay Kumar and Rajinikanth starrer ‘2.0’.